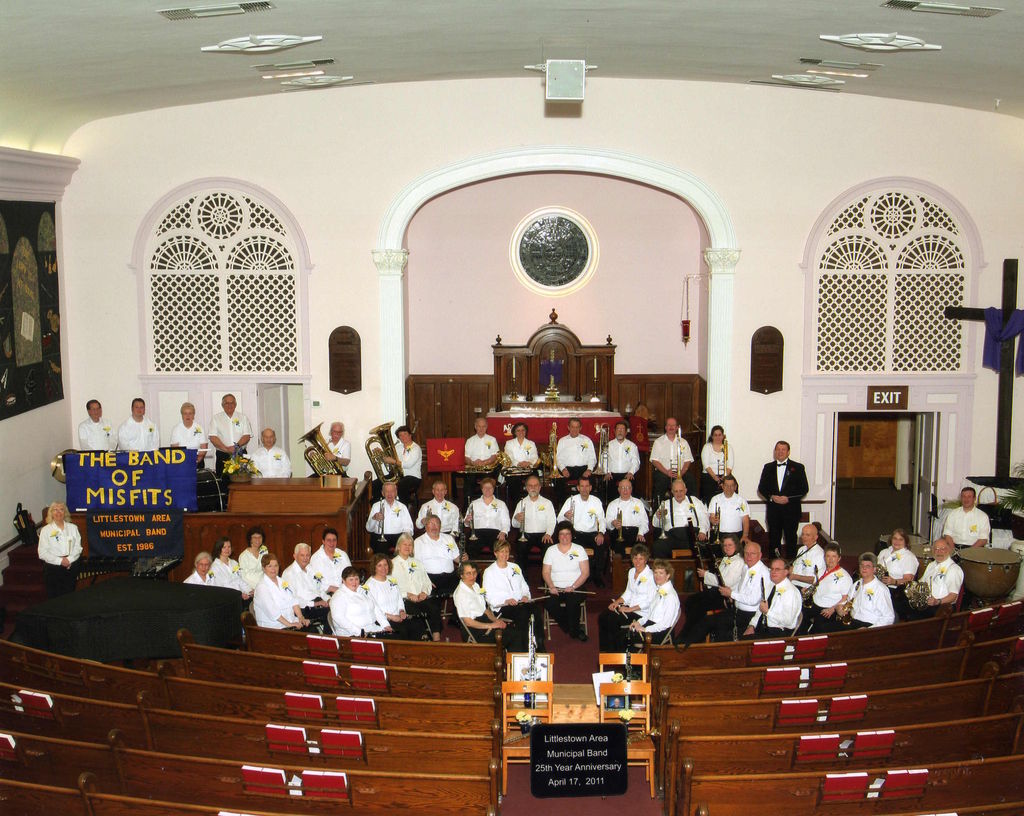 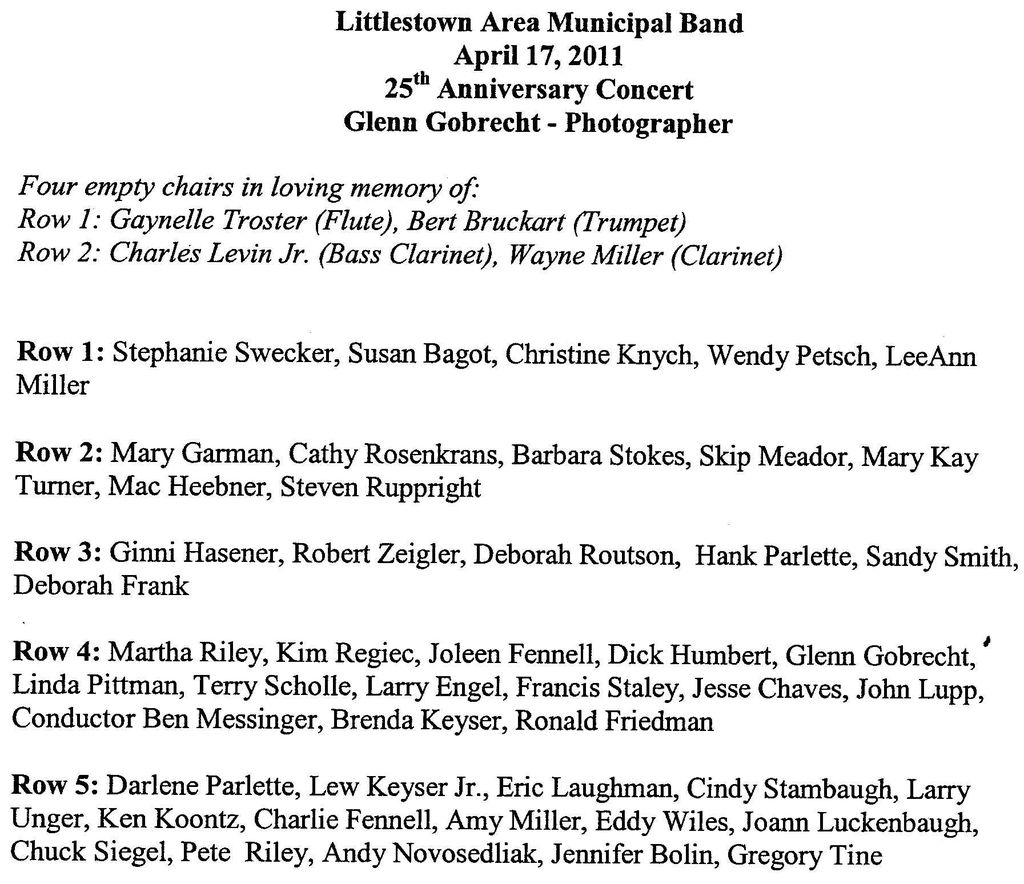 entrance you come into the Village, though the easiest access is from Route 30, just across the road from McDonald's.

After you turn onto Village Drive, the Nicarry Meetinghouse is off to your left a few hundred yards. r/s

The rehearsals scheduled are to read through/rehearse new music. More jobs and rehearsals will be added.

We will discuss the possibility of doing Sunday afternoon concerts in Crouse Park at rehearsal.

Dress for all concerts is black and white. Please bring a music stand with you, if possible.

Thank you for your continued support,